This isn’t a bad book, but it could be better. I quite liked parts of it. I don’t think I’ll be able to write that much about it because there’s not much to it. So why did I pick it up? Because the book stands out, with its cool and outlandish name and great cover design. I picked this up off a shelf in my library because the spine of the book looked really cool, so I decided to read the blurb. It sounded pretty good so I gave it a try.

This book had huge potential. My problem with it is that in places there doesn’t seem enough book in the book, in others there’s too much. At some points, there just doesn’t seem to be enough detail to explain the story – to tell you what’s going on. I’d have liked more storyline and more detail on the characters. You keep thinking a bit is getting good and then it trails off. It’s a bit frustrating.

The story is about Joey Harker who lives a pretty average life; nothing is unusual in his life except for his crazy teacher – Mr Dimas. He gives Joey and his class weird assignments. For one of these weird assignments, as a test, the class is brought to a random place in their city. They go in groups of three. They have to try to get back to their school.

Joey, being somebody who can get lost in his own house (well, when his family built an extension, he didn’t recognise where he was!), did not fill his two team-mates with confidence. Turns out he knew where he was, but they laughed at him and didn’t take him seriously. They set off and Joey goes with them, though he knows it’s the wrong way. Havin gone the wrong way, they quickly get lost. Joey tells them he’ll scout ahead. He finds himself walking through a park as he looks for the right way. Then a sort of foggy mist descends around him. Joey walks through the mist and finds himself on the other side where he sees something incredible! (only kidding, it’s not that great, it’s a good surprise though). Read it to see what you think of the surprise.

Overall, this was a pretty average book which didn’t bore me, but didn’t keep me turning the pages either. I’ve written a fair bit about it in this review, but read it and see for yourself. This is a book for those who like sci-fi and action, maybe even fantasy. It’s a little bit of all these genres.

Thanks for reading this, Finn Buck, 12.

This is the first of a series of books and a debut novel for Irish writer Ian Somer. I think he’s done well. This book has all the right plot, pieces, characters and ideas for an action thriller. The book’s 400 pages go past fast.  It’s an easy read with no difficult words. These supernatural books just seem to find me no matter what. This is also a really interesting book. I look forward to reading the whole series to learn more. There’s one thing I really like about this book and it might just be how the main character is Irish.

It’s about 17 year old Ross Bentley who lives in Maybrook, Ireland. He has one friend called Gemma (he likes being by himself). He works at the local supermarket and has psychic powers (he can move things with his mind). Yes, the book mixes the boring with the cool. He lives with just his dad because his Mum died from a heart attack when he was 11. The sadness lead to him discovering his power. No one knows he has this power; though in the book he does end up telling his Dad and Gemma.

In the book we are introduced to Ross as he films a mad stunt he’s doing on his skateboard. He puts it on the Internet without telling anyone who he is. He tries not to use his powers for bad. I’m not sure I could stop myself

He finds out about a contest in London called the Million Dollar Gift in which, if you have any supernatural power, you win a million Euros/Pounds/Dollars. They are looking for people with powers! Ross decides to enter because his family needs the money and once there he shows them his power. Of course it can’t be this simple … it isn’t.

As soon as he shows off his powers, he finds he has thrown himself into an unpredictable world of the true gifts. The true gifts are powers like telekinesis, super speed (called warper) and 13 more like that. Then there are the power hungry, greedy, powerful people who want you dead which isn’t a very nice thought … Ross’s experiences make for a great action packed story. It’s also a funny book.

The book is written so that you have to read the next book. I highly recommend this if you like supernatural books because I know I love them. I ripped through this book and I am hopeful for more in the sequel. Anyone reading this book will enjoy all the cool powers the characters have! 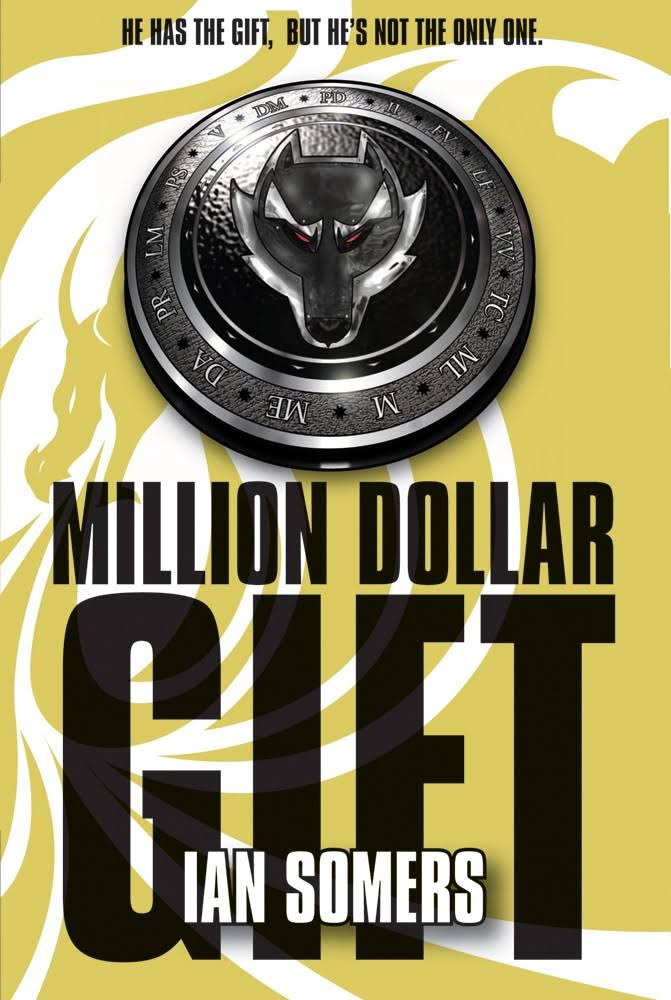 This is a very crazy book; loads happens in its absolutely wild and feral storyline. The book is pretty long but very exciting; it keeps you on the edge of your seat and is a totally worthwhile read. It’s sort of a spin off of Bram Stoker’s ‘Dracula’, with the characters each having ancestors who featured in it (some are the actual characters from Dracula because this book contains flashbacks from the original).

The book is set up neatly and nicely. Will Hill has worked hard to make this happen. It all ticks along nicely page after page (and there are 490 pages). I was unsure of this book after reading the blurb. I decided to give it a try and boy was I surprised. It was much better than the blurb made it sound. I really liked it.

The book is about a boy called Jamie Carpenter who is 16 years old. He lives in England with his mum. He has no friends and is bullied at school because his Dad, Julian Carpenter, had supposedly been a terrorist and been shot dead in front of Jamie. This back story would probably make a pretty good book!

One day his life changes. He meets a weird girl called Larissa and it turns out she’s a vampire sent to kill him. For some reason, she doesn’t. It gets worse. His Mum is kidnapped by Alexandru, the second oldest vampire in the world. If you can believe it, Frankenstein’s monster turns up (it has adopted its creator’s name). Frankenstein’ takes Jamie to a place called Department 19, which is the country’s kind of ministry for hunting vampires. It’s also known as Blacklight (it’s kind of a company as well). The Department’s job is to slay vampires.

When he arrives inside, somewhat dramatically, a victim of a vampire attack is wheeled in and so is Larissa. Turns out Larissa is a vampire. She’s been injured by another vampire, but has been arrested for attacking this victim whose name is Matt. Jamie is still taking all these happenings in, when he finds out his Dad wasn’t a terrorist. Instead, he had been a traitor to Blacklight, by giving information to vampires about one of its operations, causing the death of many people.

To save his Mum, Jamie decides he wants to become a Blacklight operative called an ‘Operator’ (they only have one job – killing vampires!), so he goes through 24 hours of brutal training and learns as much as he can about Blacklight and vampires. They get a few leads on where Alexandru and his Mum are but a few of them are tricks and traps. Larissa offers to help and Jamie agrees. This is frowned upon by a lot of the Blacklight operatives (she’s a vampire!).

While this is happening, in Russia, Valeri, one of the brothers of Alexandru, and a pack of other vampires,  have launched an attack on a Russian military base and stolen the contents of one of Blacklight’s vaults. Those contents are Dracula’s ashes. They’ll use them to try to resurrect Dracula. Alexandru launches an attack on a small island called Lindisfarne killing many people and leaving just a few survivors who manage to get to the mainland. Blacklight only send in a small team because they think the Russia incident is more important, The team is Jamie, Larissa, a man called Thomas Morrison, who Jamie had became friends with, and two Blacklight operatives called McBride and Stevenson. Valeri is long gone by the time they get there.

The Blacklight team get to Lindisfarne and find a lot of dead and dying people. One girl called Kate, who is about Jamie’s age, is alive. They see a ancient monastery and take a wild guess that Alexandru and Jamie’s Mum are in there.

Read the book to find out the rest and boy will you be surprised. There are a few sort of flashback stories in between the chapters of the book and those are what make it so long. I recommend this to over 12s who like adventure and fantasy sort of books (it’s not a horror even though it has lots of Dracula and Frankenstein references). The book’s characters are written very well; they are believable (even if the book is totally unbelievable!). This book is one of a series; I am yet to read the rest.

In my opinion, this is a fantastic book and I would highly recommend it to ages 10 to 14. Its a page-turning epic of a book for me because I love fantasy and magic stories and this is one of them. I think you’ll love it. It is written very well and I think Anthony Horowitz is one of the best authors of our generation. The story is about 14 year old Matt Freeman whose parents died 6 years ago. He’s left living with his nasty aunt and now he’s getting involved with petty crime like shoplifting with his mate Kelvin. But one day, they are caught burgling a warehouse. Then he gets sent off to a foster home in the country where there’s something wrong with the village. Then he finds out about the Old Ones and who he is. This book was definitely better than I thought.