First of all, I didn’t like it because it’s really complicated and I couldn’t understand what was going on. At the start of the book, it was far to brief in setting out what was happening – ‘the context’. Usually I can handle this and I might be able to understand things as I get into the story, but here you feel as though you are missing part of the book. Anyhow, just so I don’t sound dumb, I am happy to say I understood enough of what was going on to keep turning the pages, but it was all still a bit of a blur.

Second of all, well actually, I don’t really have a second point. Refer again to the first point and multiply it by unnecessary complications set out in a book that is to brief to explain any of it.

This is a full on Sci-Fi book, there is nothing else, just Sci-Fi and I mean it. But I guess there could be more, since I never actually finished the book (I got bored and bewildered), but I’m going to go with science fiction. This is just my opinion, so please don’t kill me if you did actually like this book.

The book is set in the future where there is a lot of cool stuff, but, I think, some of this stuff somehow depletes the quality of life. One of these things is called the ‘World Ear’. It is implanted onto the back of your ear; think it more or less connects your brain to the rest of the world via the Internet. The stuff you want to know just appears in your vision. You can use it to communicate with other people too; like text messaging, but faster: because you just think what you want to say and it sends and it will appear in their vision. But then of course, you never learn to talk.

The story is about a man named Paul Munro who has been picked for an incredibly special job on the moon of a planet in the furthest reaches of the solar system (to be honest I don’t have a proper idea where which is confusing, but it’s probably a moon of either Pluto or Neptune). Paul had to get his World Ear removed as part of the job, so he can’t talk and he also thinks like a young child.

To get him to where he has to go, the Government puts him into a tiny space shuttle. For the duration of the journey, he’s put into a sort of incredibly deep sleep (because wouldn’t you be bored in a tiny space shuttle for 8 years on your own?). The space launch happens and this part is a bit confusing, he seems to be put into the spaceship thing (trust me it’s weird) and the ship sort of flies up to the outer atmosphere via like a metal like rope which it uses to get up there. And then, when up there, there seems to be  a spaceport from where he gets launched to wherever.

While this is happening, Paul Munro unknowingly became famous because this is a big mission and there is huge excitement. Paul won’t be at this planet’s base on his own; there are already three people there from a previous mission. There were four, but one of them committed suicide because he couldn’t deal with it all. This created an uproar. Paul is the replacement. Paul is launched from the spaceport and the whole world holds its breath with excitement. But, after a few weeks, maybe months, the excitement is dying down; after two years, most people are starting to forget about it all. Only the team of people keeping everything on the mission in order remains focused on Paul’s mission.

BTW, yes, I did say spaceport, a lot of space missions seem to be going on in this book. I’m pretty sure it says there are over 200 people on mars and about 15 on Jupiter. I actually don’t know because while I have the book here beside me, I just can’t find anything in it and I would say other missions would also be going on. read the book and you’ll know what I mean.

I wouldn’t  really recommend this book. Try it if you want. You might like it, so don’t let my opinion mess up yours. Sorry I didn’t read the whole book, it just didn’t catch on with me, so please don’t bite my head off. I can also see that a lot of thought was put into it and I sort of feel bad for writing anything bad about the book.

And I also apologise for the long wait for this or whatever review that was coming. It’s been a busy summer! 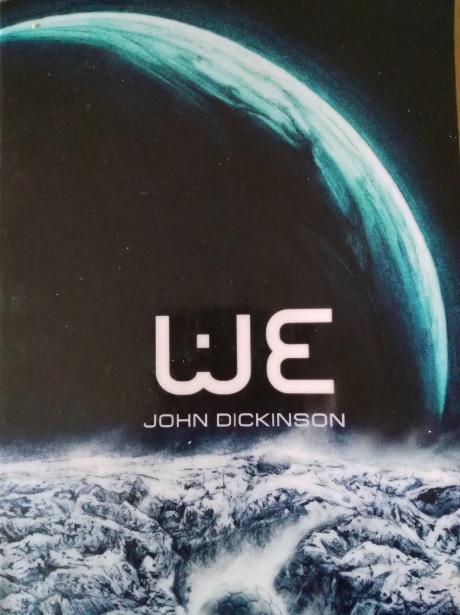