This book is brimful with humour and amazingly crazy ideas. These ideas are weird but make for an unbelievably good book. Though this book is for younger kids, I still found it very good and would highly recommend it – especially if your sense of humour likes a bit of crazy. Andy Griffiths has some imagination to be able to come up with some of this stuff. His book is like a weird parallel universe where most things are true and anything can happen.

The story is about Andy and Terry, two guys who live in an awesome 13 story treehouse. It has a lemonade fountain, a bowling alley, a room full of pillows, swinging vines, a see through swimming pool, a theatre, a library, a tank of man-eating sharks, a games room, a secret underground laboratory and a marshmallow machine that shoots marshmallows into to your mouth whenever you’re hungry. Who wouldn’t like this treehouse: I would beg for it.

Well, Andy and Terry work together on books, Andy writes and Terry illustrates. The book starts with Andy getting out of bed to find Terry turning a cat into a catnary (cat + canary) and it flies away (as I said, a bit crazy). The problem is it’s their friend Jill’s cat and she’s looking for it. To make matters worse, their publisher, Mr Big Nose, wants their next book finished and on his desk on the same day. Of course they haven’t even started it. Then a lot of crazy stuff goes on, so I might just list it all.

They have a drawing competition which gets out of hand, Andy throws a TV out of the treehouse because of the annoying shows. Terry gets a package; instead of being the sea monkeys he ordered, it turns out to be a sea monster: it tries to kill them. Terry burps a bubble and flies away in it until Andy saves him. They write a book called Super Finger. Terry gets replacement sea monkeys that turn out to be real monkeys. A giant gorilla comes for bananas and starts shaking the treehouse. The danger is averted when flying catnarys save the day.

I can tell you honestly, these things don’t make sense when I say it or write them. But if you read the book, they will. It’s still be pretty hard to follow though. I think you’ll love this because I did. It’s very funny! 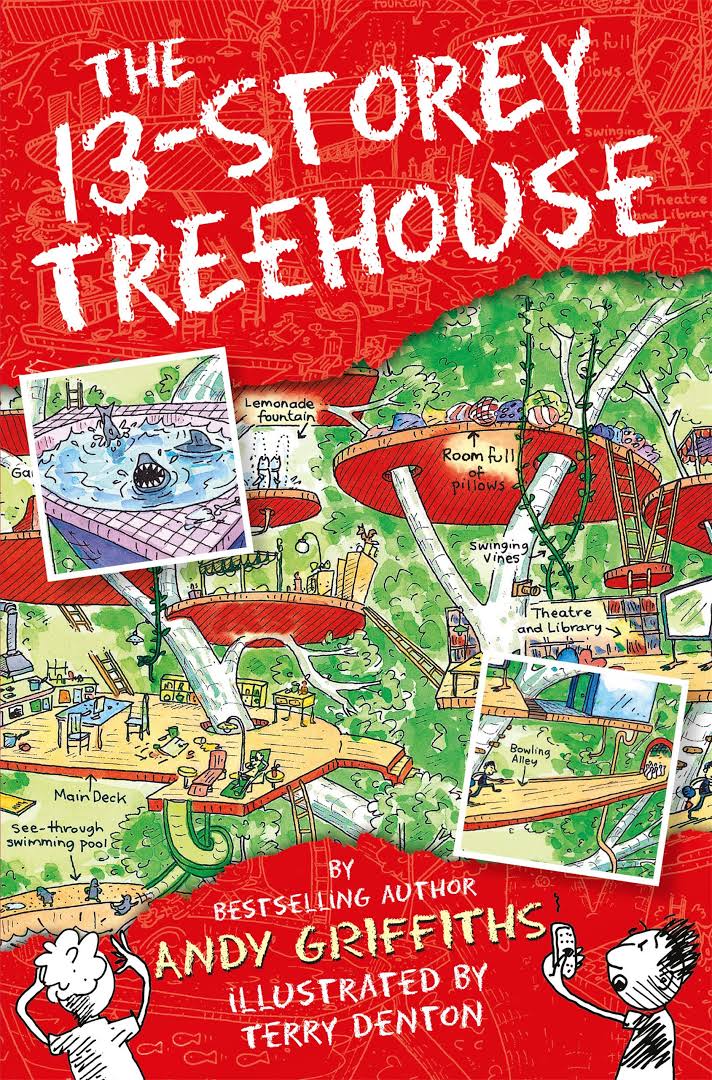